The main line of the laboratory is to study an impact of commensal eukaryotes on some Chronic Inflammation-Associated Diseases [CIADs], identification of additional commensal organisms possibly used for prevention/therapy of CIADs, and novel therapeutic strategies. Currently, the lab is focused on the Inflammatory Bowel Diseases, specifically the Crohn's disease. This research mission is becoming of great importance since there has been a sharp increase in incidence and prevalence of CIADs in industrialized countries, over the last decades. Our modern lifestyle has reduced contact with microbes through the adoption of highly hygienic habits, access to clean and chemically treated food and water as well as over-use of antibiotics and other chemotherapeutics (i.e., paradigms - Hygienic hypothesis / Old Friends hypothesis / Biome depletion theory). Thus, humans have very limited contact with the antigens that are required for the proper and balanced development of a stable immune system and immune regulation. Research of the recent years highlights that helminths, gut bacterial communities as well as commensal protists (inhabiting hindgut), may positively influence the health status of individuals suffering from some CIADs. Growing body of research highlights the crucial importance of the role of intestinal microbiome in human health. Besides the helminths and bacteria, recent research has shown that gut commensal protists are also one of the key components of the intestinal microbiome and their role is important for human health. A typical example is the intestinal protist Blastocystis. Until recently, it has been associated only with clinical manifestation of serious chronic inflammatory diseases (e.g., Crohn's disease or Irritable Bowel Syndrome). However, based on the gaining of further knowledge from a healthy human population, it is evident that Blastocystis could be more or less commensal organism (i.e., organism living in harmony with human body). Despite these facts, there is still a lack of comprehensive experimental studies that would reveal the impact of Blastocystis on host health (i.e., immune system, intestinal microbiome composition, etc.), as well as deciphering various clinical manifestations. For the purposes of these in vivo studies on Blastocystis, we have recently evaluated a rat model for sustaining of human-derived Blastocystis isolate as well as long-term colonization for experimental testing (Růžková et al., 2018, Exp Parasitol). Currently, our laboratory works on a project to investigate the effect of Blastocystis on inflammatory bowel disease and its interaction with intestinal bacterial microbiome (in collaboration with L. W. Parfrey of the University of British Columbia). An essential part of these experiments is also the analysis of functional changes in the genome of Blastocystis during colonization of the host intestine. We are currently working on other topics related to the role of Blastocystis in human health in collaboration with clinical institutions. 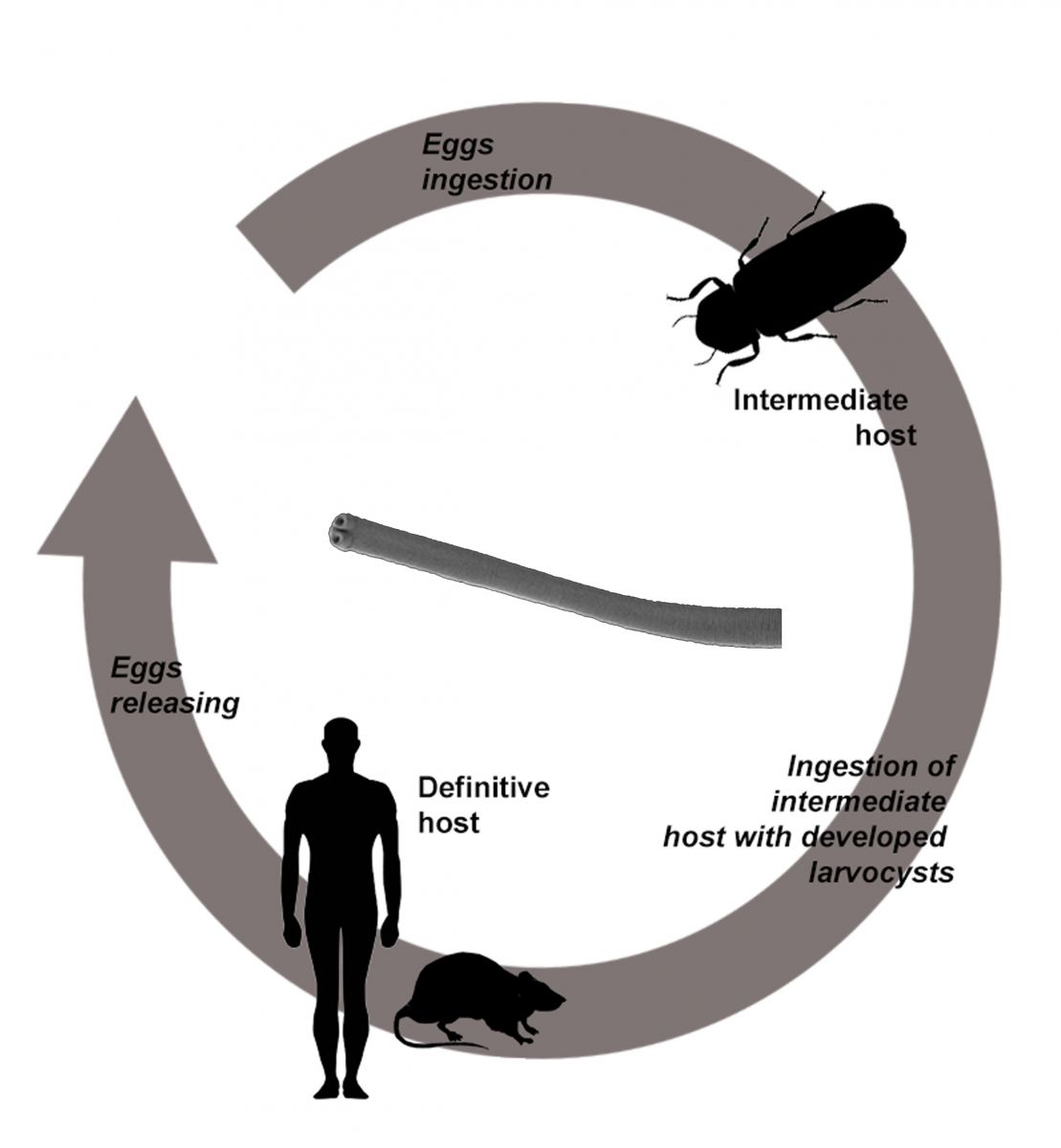 Helminths (or worms) are regarded as master manipulators of host immunity. Over the centuries of co-evolution with host organisms (including humans), they have developed a number of sophisticated mechanisms that divert or redirect the host's immune response, particularly to stop inflammatory mechanisms leading to their direct destruction. Despite the fact that many helminths are pathogenic to humans (under certain conditions), there is a new evidence that total loss of these organisms has detrimental consequences for human health. Epidemiological studies have shown that the absence of helminths in humans correlates with the worldwide increase in Chronic Inflammation-Associated Diseases (CIADs) in industrialized countries. CIADs are a group of diseases that have common, ostensibly unrelated, risk factors and occur predominantly in modern societies across the world (e.g., Crohn's disease, multiple sclerosis, various allergies, etc.). Recent intensive research on human gut microbiome has shown that reintroduction of helminths into the intestinal ecosystem appears to be a promising approach in the treatment of CIADs. The principle is to use controlled exposure to non-pathogenic or mildly pathogenic worms to activate anti-inflammatory immune responses. Our laboratory focuses on testing helminth, rat tapeworm (Hymenolepis diminuta), which host colonizations are mostly asymptomatic. We have recently demonstrated a beneficial effect of colonization of Hymenolepis on intestinal inflammation in an experimental model (Jirků-Pomajbíková et al., 2018, Parasitol). Despite testing in clinical trials and experimental systems, the study of helminth therapy reaches a milestone where it is necessary to proceed several other research directions that are necessary for its subsequent and successful development. One of these approaches is to investigate interactions in the ‘host-helminth complex’ together with defining conditions and factors affecting the potency of worm anti-inflammatory effect. The aim of this project is therefore to define the influence of dietary composition (and other specific factors as well as their combinations) on the interactions between the host and H. diminuta, which can influence its efficacy for therapy in selected inflammatory diseases. This tapeworm is at the forefront of helminth therapy research and is considered to be a very suitable therapeutic candidate. The proposed project is solved in close collaboration with William Parker leading the laboratory at the Duke University (NC, USA), which is focused on studying of the effect of H. diminuta on neuropsychiatric disorders (e.g., autism). 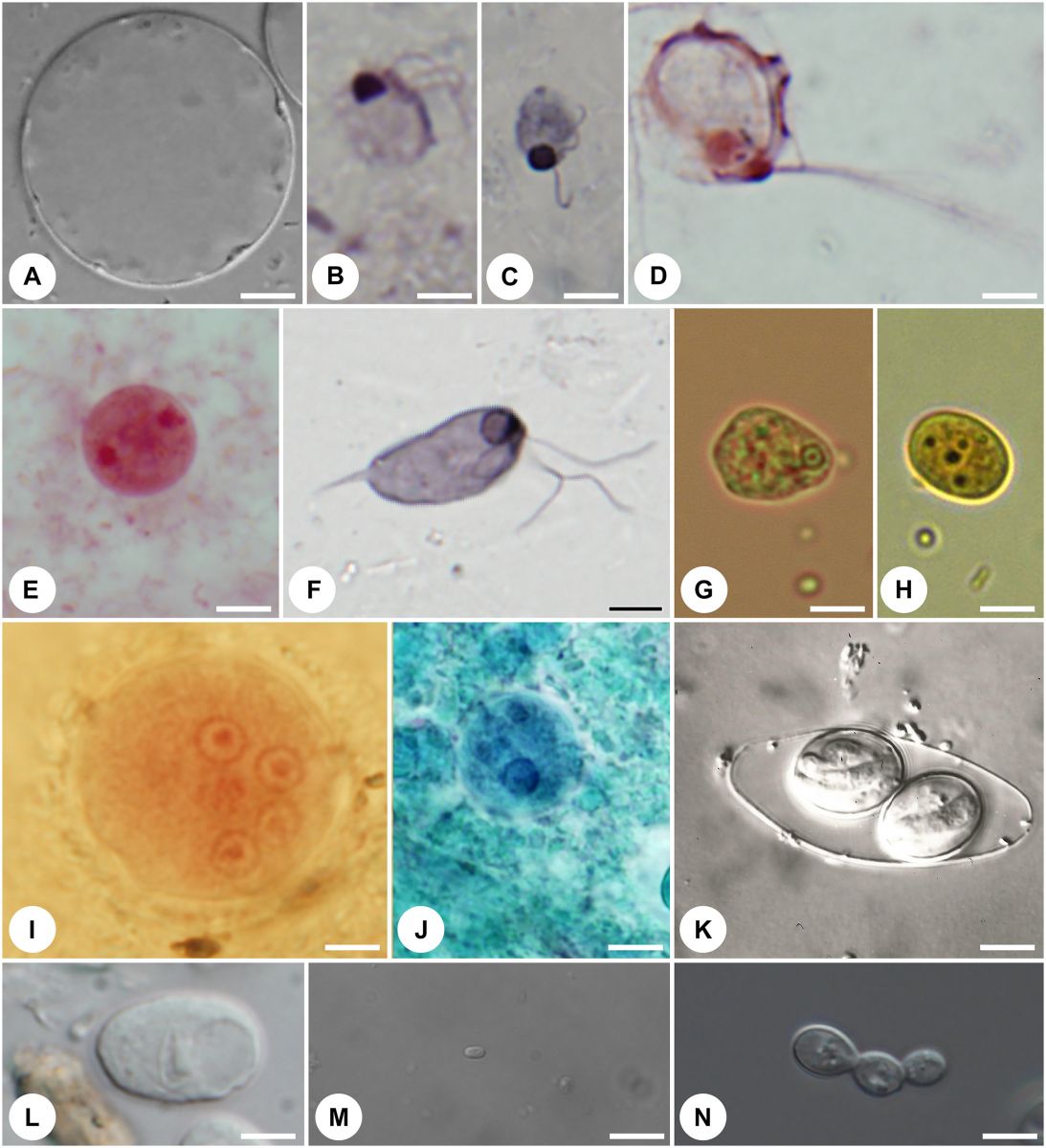 Research over the last decade revealed that protists are an important part of the intestinal microbiome of most vertebrates, including humans, with an impact on their health. Compared to bacterial microbiota, the diversity of gut protists has not been systematically monitored from a community perspective, especially in the population of Western society. Until recently, it was supposed that the intestinal protists are pathogenic to humans and, therefore, have to be removed from organism. Very recently, it has been shown that commensal protists are a common and integral part of gut communities and have a beneficial effect on the host organism. For example, protist Blastocystis spp. and Dientamoeba fragilis are detected more frequently in healthy individuals than in those suffering from inflammatory gut diseases. Another important finding revealed that commensal protist colonizations are associated with specific composition and often greater diversity of intestinal bacterial microbiota in the host gut. Here, we monitor the occurrence and prevalence of several intestinal protists (currently Blastocystis, Dientamoeba, Giardia, Entamoeba) in the population of healthy people (in the context of intestinal inflammation) and possible zoonotic transmission (i.e., transmission between humans and their animals, in close contact). Since gut protist have been (in addition to bacteria and helminths) always a part of the intestinal ecosystem of our ancestors, their importance for human health in modern society will have to be reconsidered. This view offers additional options for preventing or even treating a pandemic of chronic inflammatory diseases.