Laboratory of Veterinary and Medical Protistology

The main mission of this laboratory is to study parasitic diseases, including both apparent and unapparent infections in animals and humans. The latter represents a danger from the medical point of view, since the manifesting diseases while treatable, may hide infections having serious health consequences and various non-specific pathologies prior to being detected, making the diseases difficult to treat. We study i) all aspects of Cryptosporidium and microsporidia biology, their structure, life cycles and epidemiology, phylogeny and evolution, host-parasite relationships including course of infection, host-, age- and gender-specificity, and immune response; ii) the ecology of parasites infecting  non-human primates and men, the microbiome and metabolome of non-human primates and men across subsistence gradients; and, iii) the ecology and transmission of pathogens at human-animal (wild and domestic) interface, with an emphasis on zoonotic and emerging diseases and One Health approach.

Cryptosporidium andersoni and C. muris are two known species of gastric cryptosporidia recorded from mammals. The infectivity and pathogenity of C. andersoni in neonatal calves and both gastric Cryptosporidium species in Mongolian gerbils (Meriones unguiculatus) were molecularly and histologically characterized. Mastomys coucha was described as a new host susceptible to C. andersoni. Neonatal animals were more susceptible to infection with gastric cryptosporidia. The changes of viability and infectivity of gastric and intestinal cryptosporidia are studied in long-term experiments.

Pig cryptosporidiosis has been described in all age categories. Cryptosporidium suis and Cryptosporidium pig genotype II were dominant species in pigs. Very low occurrence of C. parvum in pigs has been recorded but C. parvum and C. andersoni were dominant species infecting cattle younger than two months of age and adult animals, respectively. Cryptosporidium bovis was found with very low prevalence and C. ryanae was not detected. All C. parvum isolates belonged to subtype family IIa. The susceptibility of adult rodents to C. parvum and sheep to C. muris has been proved experimentally. The first report of human infection with
Cryptosporidium pig genotype II was reported. While the occurrence of cryptosporidiosis in pig is breeding hygiene-dependent, in cattle it is breeding type-dependent.

Previous molecular epidemiology and experimental infection studies revealed the susceptibility of pigs to a number of species including C. suis, C. parvum, C. hominis, C. felis, C. meleagridis, Cryptosporidium pig genotype II. We describe the morphological, biological, and molecular characteristics of Cryptosporidium pig genotype II and propose the species name Cryptosporidium scrofarum n. sp. to reflect its prevalence in adult pigs worldwide. The age susceptibility of pigs to C. scrofarum was experimently established on 5 week of age. Both C. suis and C. scrofarum is not associated with diarrhoea. Generally, C. suis is primarily detected among piglets up to 5 week of age, whereasC. scrofarumis dominant species in older and adult domestic pigs and as well as wild boars.

Epidemiology and immunology of microsporidiosis 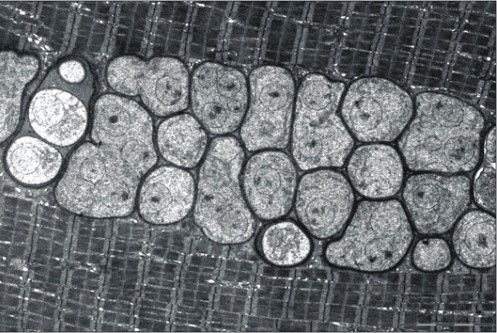 The immune response mechanisms against the microsporidian Encephalitozoon cuniculi were studied. The role of specific anti-microsporidia antibodies in protection of infected mice was described based on results of experimental infections of immunocompetent mice compared with those of immunodeficient mice. Mice with disrupted IFN-? or IL-12 genes, and those with severe combined immunodeficiency, served as models of immunodeficient hosts. Adoptive transfer experiments of CD4+ and CD8+ T lymphocytes, in combination with antibodies applied in vivo, were used to examine the contribution of antibodies to protective immunity against microsporidians.

Free-living and captured mammals and birds are examined for microsporidia spores. New species of the genus Trachipleistophora has been described from muscles of Tenrec ecaudatus

Although scarcely any T-cells are presented in gastric mucosa of healthy rodent hosts, significantly elevated migration of T-lymphocytes (more than 10,000 fold), especially CD8+ T-lymphocytes, to the stomach mucosa occurred during primary infection and persisted for more than two months after its resolution. Most immunocompetent hosts self-cured during 35 days post infection (DPI). The ex vivo cultures of splenocytes revealed very low levels of IFN-? production during the course of the primary infection. These infected animals acquire a protective immunity against re-infection with same or another gastric Cryptosporidium. No cross immunity between gastric Cryptosporidium species of mammals and C. parvumhas been detected. The hosts with CD8+ or CD4+ T-cells deficiency suffered from chronic cryptosporidiosis; nevertheless, they were able to self-cure during 100 or 150 DPI, respectively.