Recover from dengue once, and you’re not necessarily free and clear. The mosquito-borne disease marked by fever, rash, and debilitating pain results from any of four genetically distinct versions of the dengue virus. Previously infected people who get hit with a second of these “serotypes” can face more severe, even life-threatening symptoms. Now, by endowing a line of mosquitoes with an antibody against the virus, researchers have for the first time made insects that—at least in lab tests—appear unable to spread any form of the disease. In theory, these mosquitoes could be released into the wild to suppress the circulation of the virus.

“This is right on the money,” says Alexander Franz, a biologist at the University of Missouri, Columbia, who studies insect-borne viruses. “This is what you need to do if you really want to have a strong effect on dengue prevalence.” 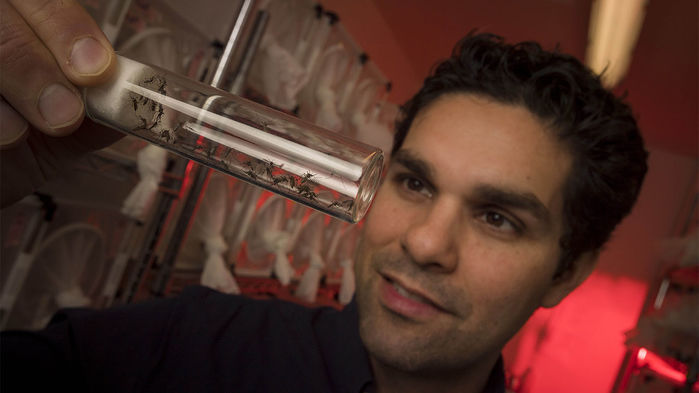 Conventional control strategies for dengue, such as removing stagnant water where mosquitoes breed, spraying insecticides, and protecting people with bed nets, have failed to defeat the virus, which infects up to 400 million people a year in regions near the tropics. So some researchers are trying to defeat dengue from inside the mosquito that has just drunk infected blood. The goal is to keep the virus from spreading to the insect’s saliva, where it can be injected into the next person bitten.

The rest of the article.