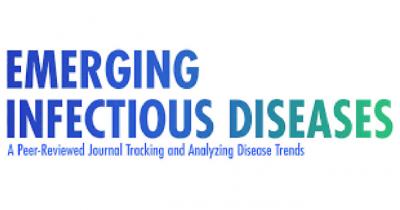 We detected Leishmania infantum infection in 45% of tigers and 5.3% of sand flies tested at a zoo in southern Italy in 2019. These infections in tigers and the abundance of Phlebotomus perniciosus sand flies represent a potential risk to other animals and humans living in or visiting the zoo.

Visceral leishmaniasis, caused by infection with Leishmania infantum protozoa, is listed among the most neglected tropical diseases, affecting thousands of persons, most of whom are among the world’s most vulnerable populations (1). The disease is associated with the presence of phlebotomine sand fly vectors; domestic dogs typically act as reservoirs. Among felids, domestic cats have recently gained prominence as putative reservoirs of L. infantum (2), whereas cases of infection in other felids have been reported occasionally (3–5).

In February 2019, a tiger (index case), born and raised in a zoologic park in southern Italy, had a nonhealing laceration that tested positive for L. infantum DNA on a skin punch biopsy. Because tigers are considered an endangered species, the presence of an active L. infantum transmission focus in a facility visited by thousands of visitors each year deserves attention. Therefore, we conducted an epidemiologic study to investigate the prevalence of L. infantum infection in the local tiger and sand fly populations, along with the sand flies’ host blood-feeding preferences.