Morphological and taxonomic evaluation of parasitic flatworms (Cestoda, Digenea and Monogenea) and nematodes (Nematoda), parasites of vertebrates, enabled us to revise several helminth groups and provide new data on their diversity, host associations and interrelations. Studies have been focused on hot spots of teleost diversity in freshwaters (Amazonia) and seas off Africa, America and Asia. Several projects are carried out also in Europe. 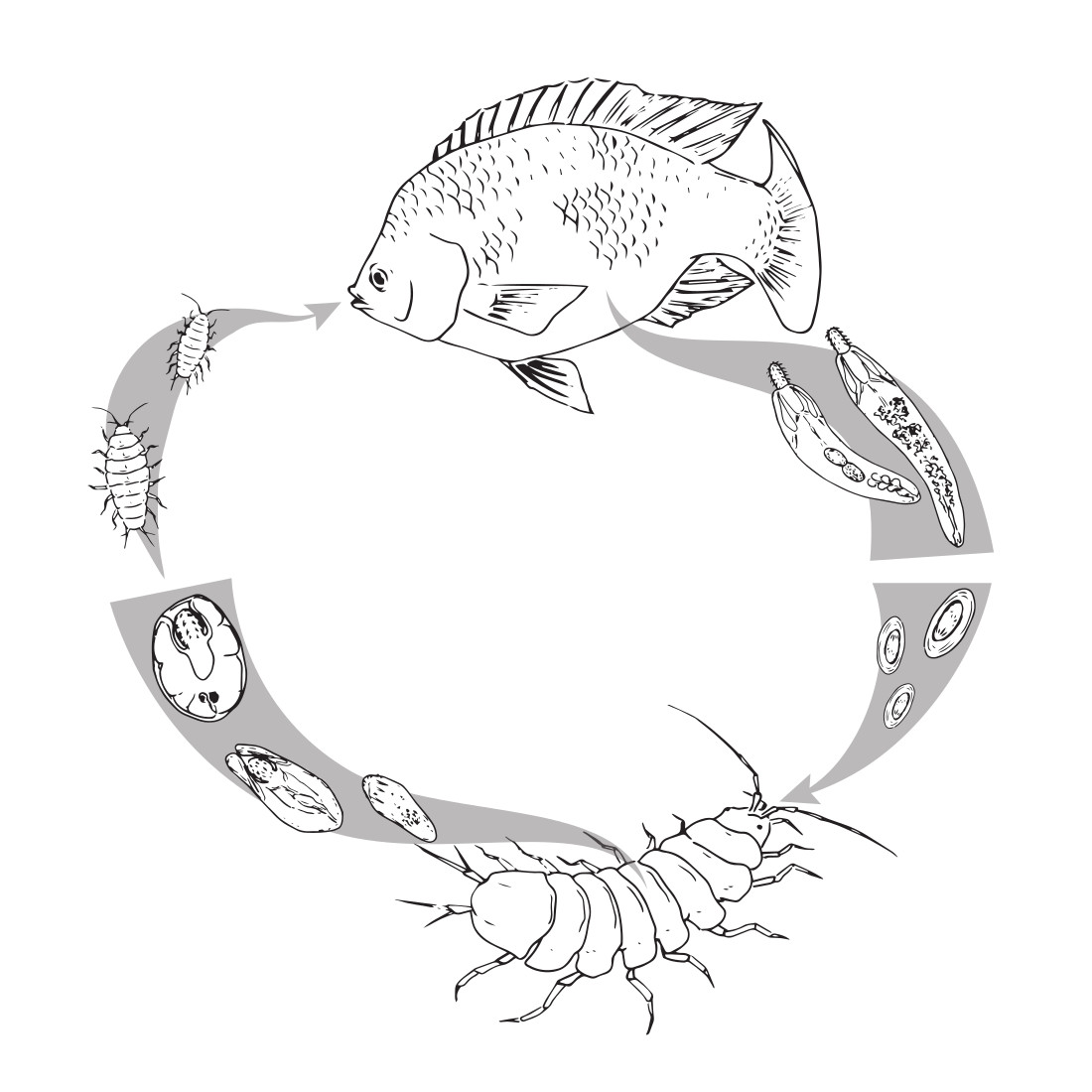 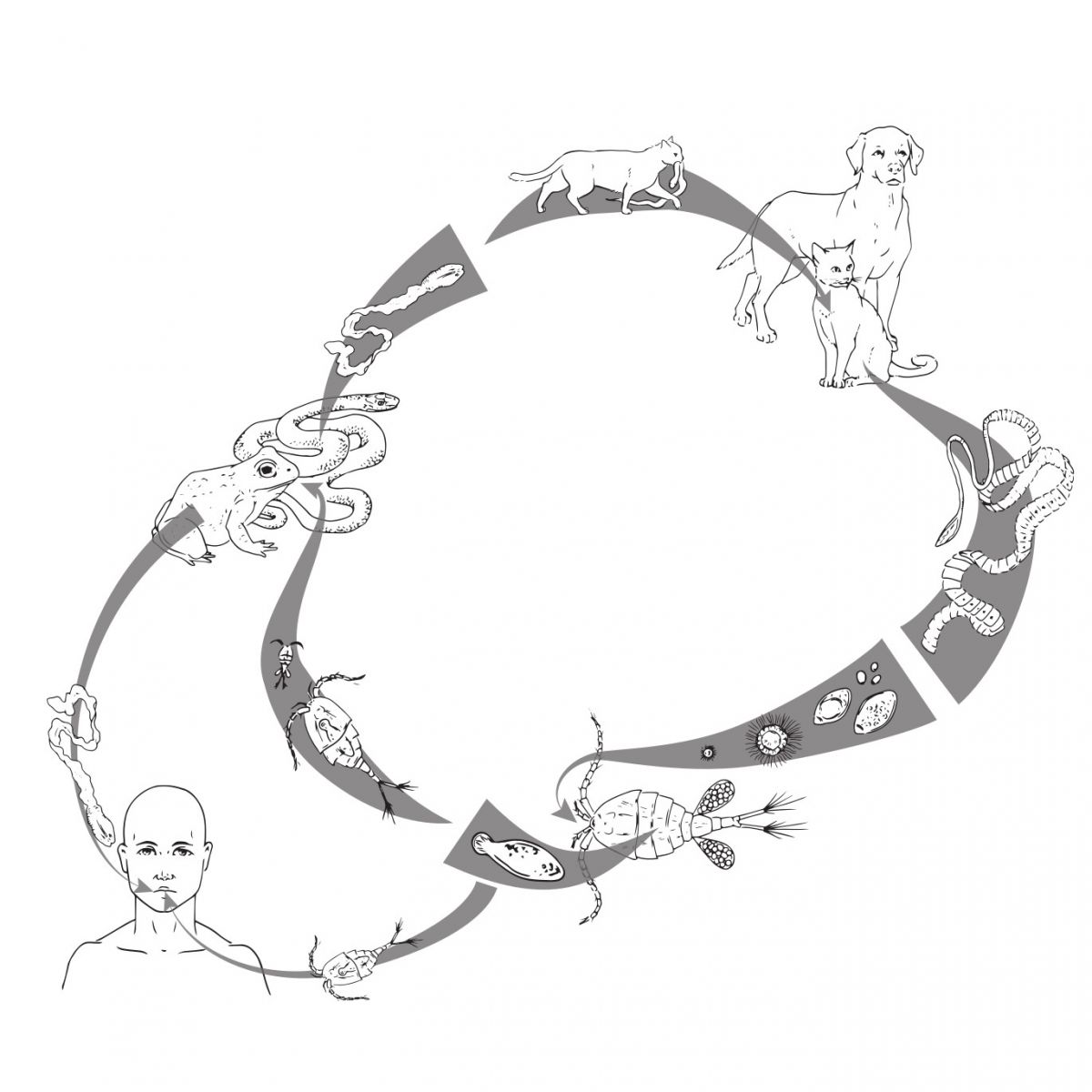 Based on collaborative effort supported by a NSF-PBI funded project, global diversity of tapeworms has been assessed using morphological and molecular evaluation of newly collected and museum materials. Data on the diversity, morphology, host-associations and phylogenetic relationships of ten cestode orders have been compiled by the lab staff for a monograph that would provide a most comprehensive survey of the current knowledge of this group of helminth parasites. 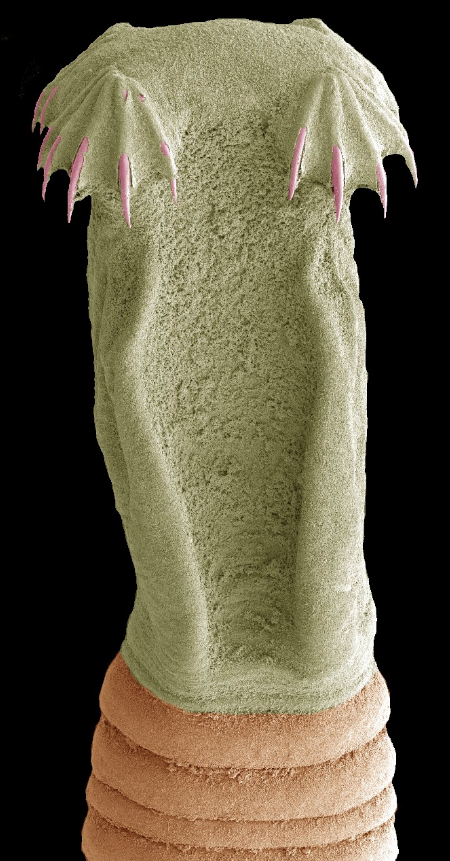 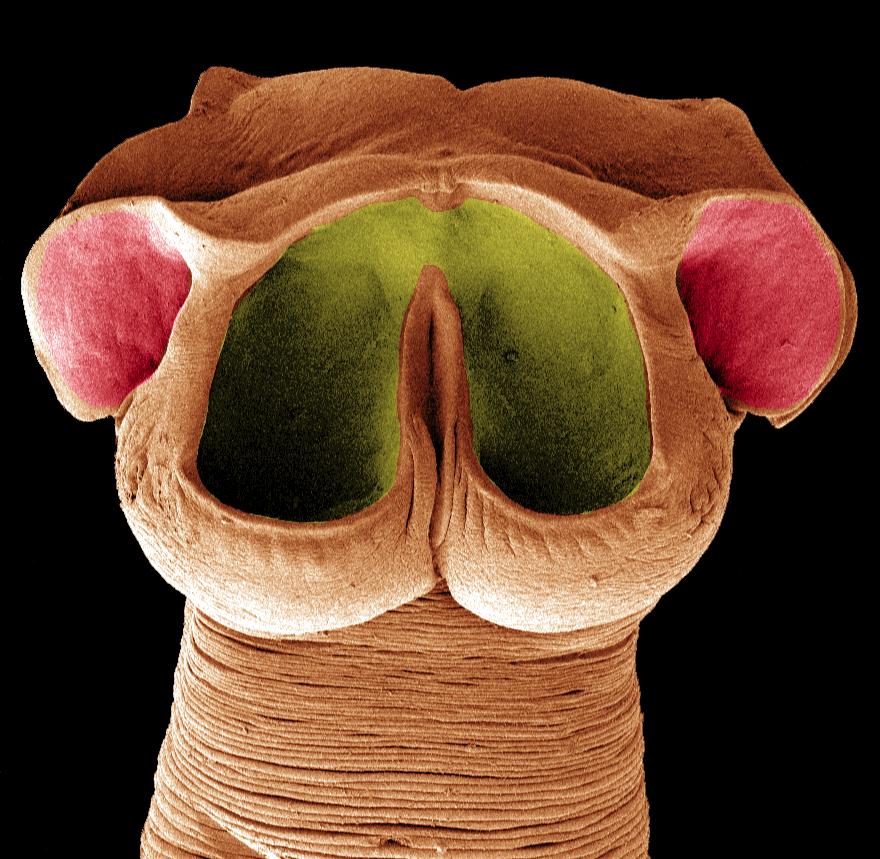 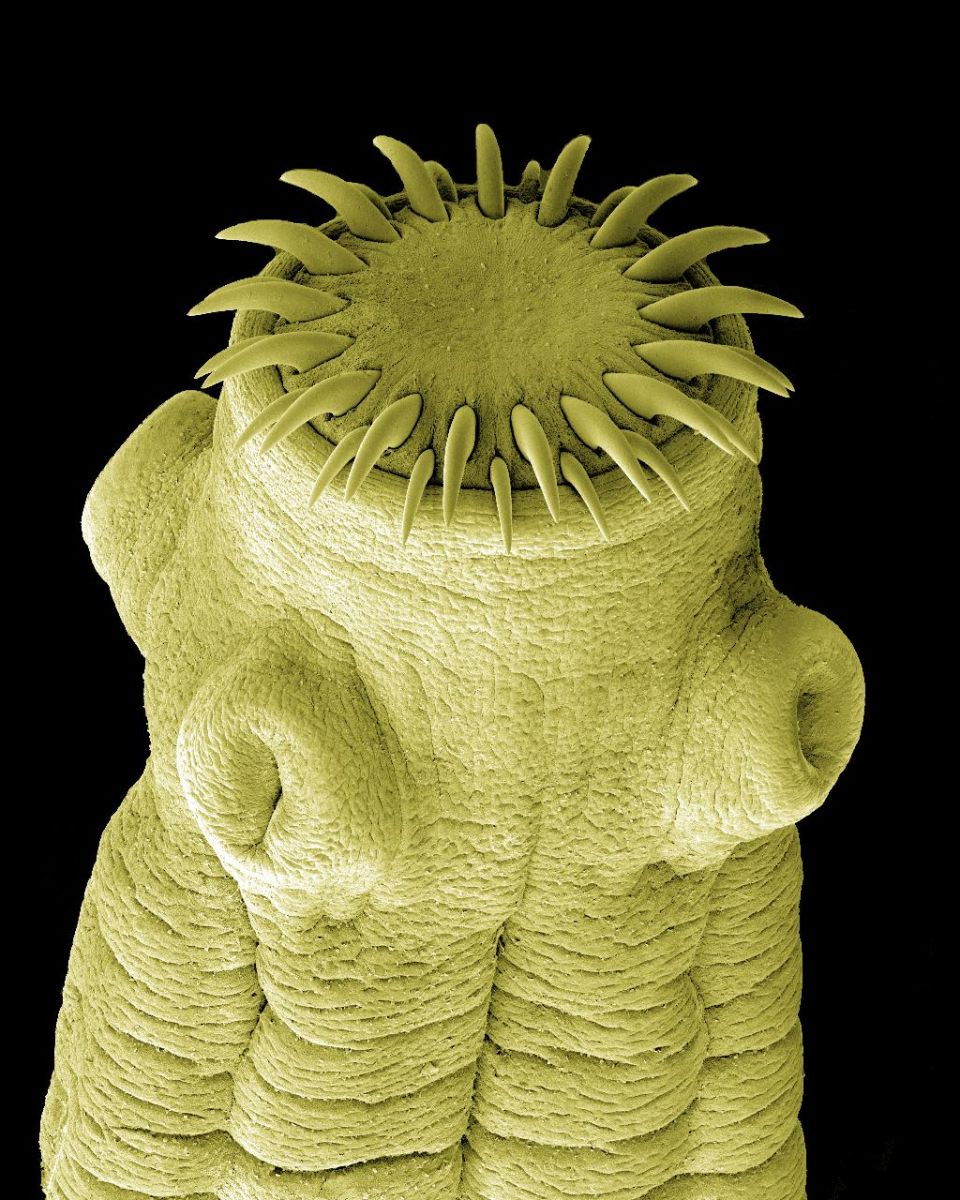 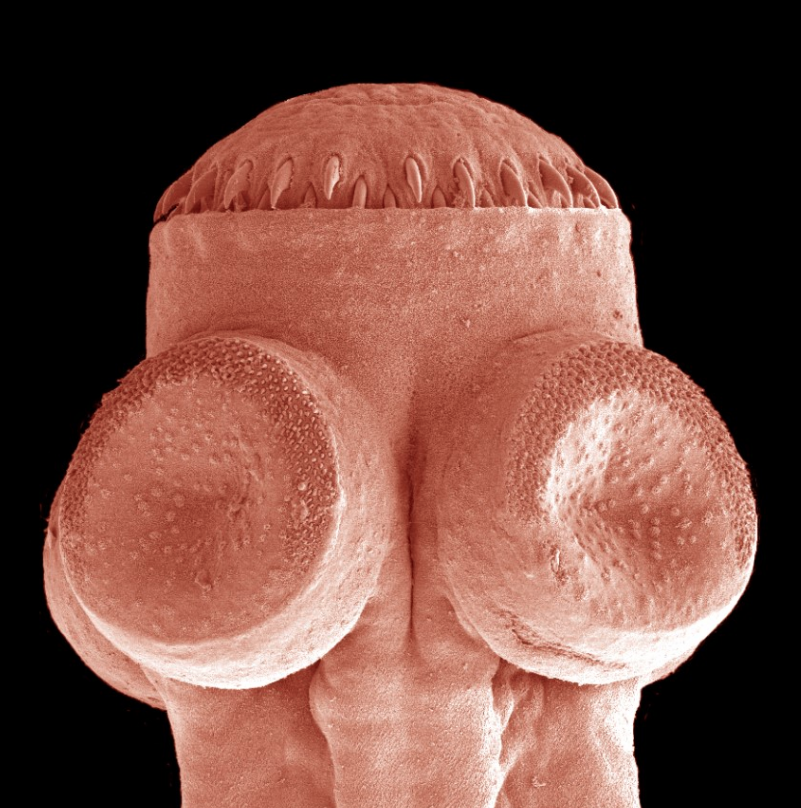 A series of studies focused on species delimitation using integrated molecular, morphological and ecological evidence provided reliable estimates of the diversity and/or information on the life histories of the trematodes in natural host populations. 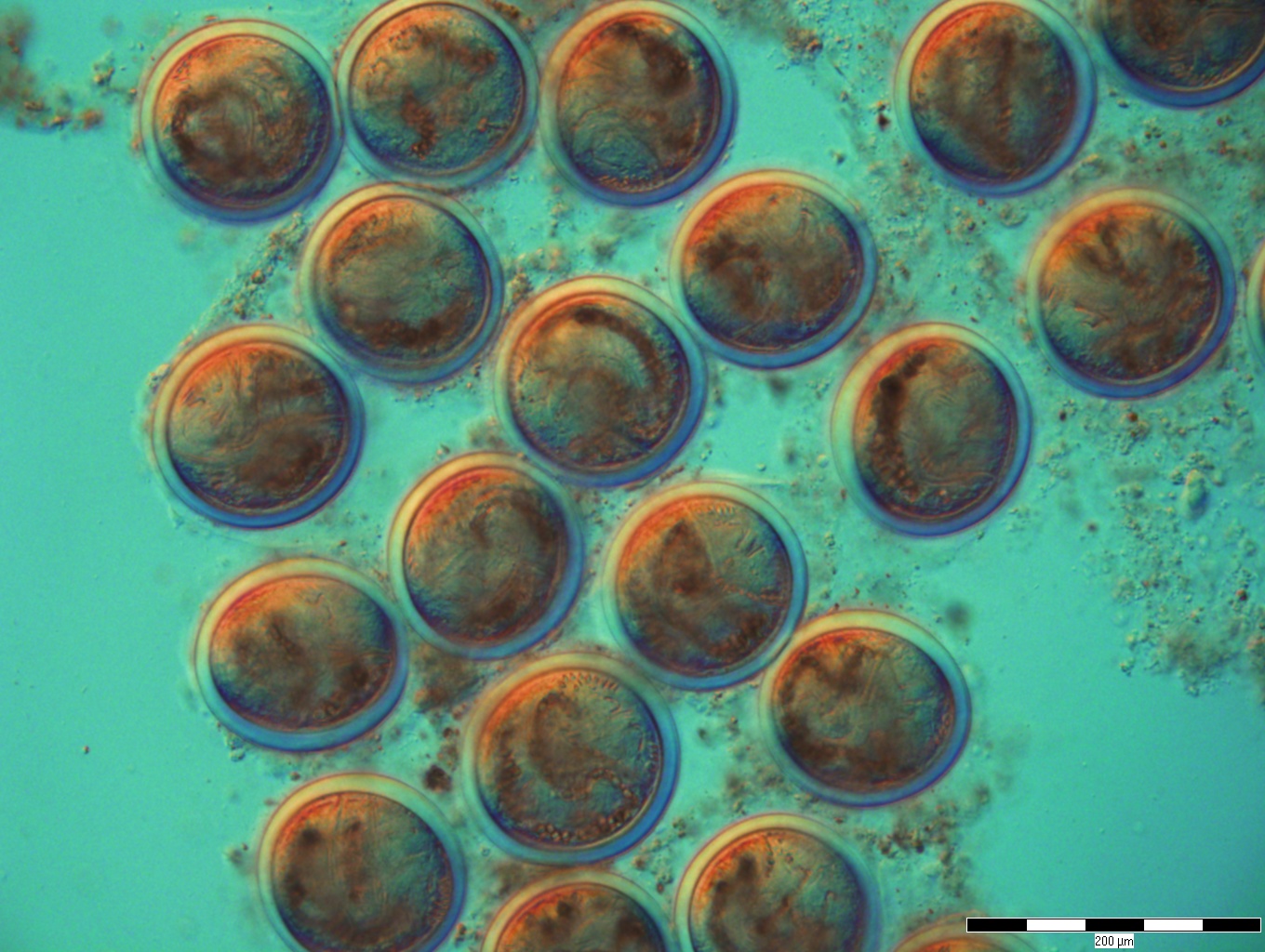 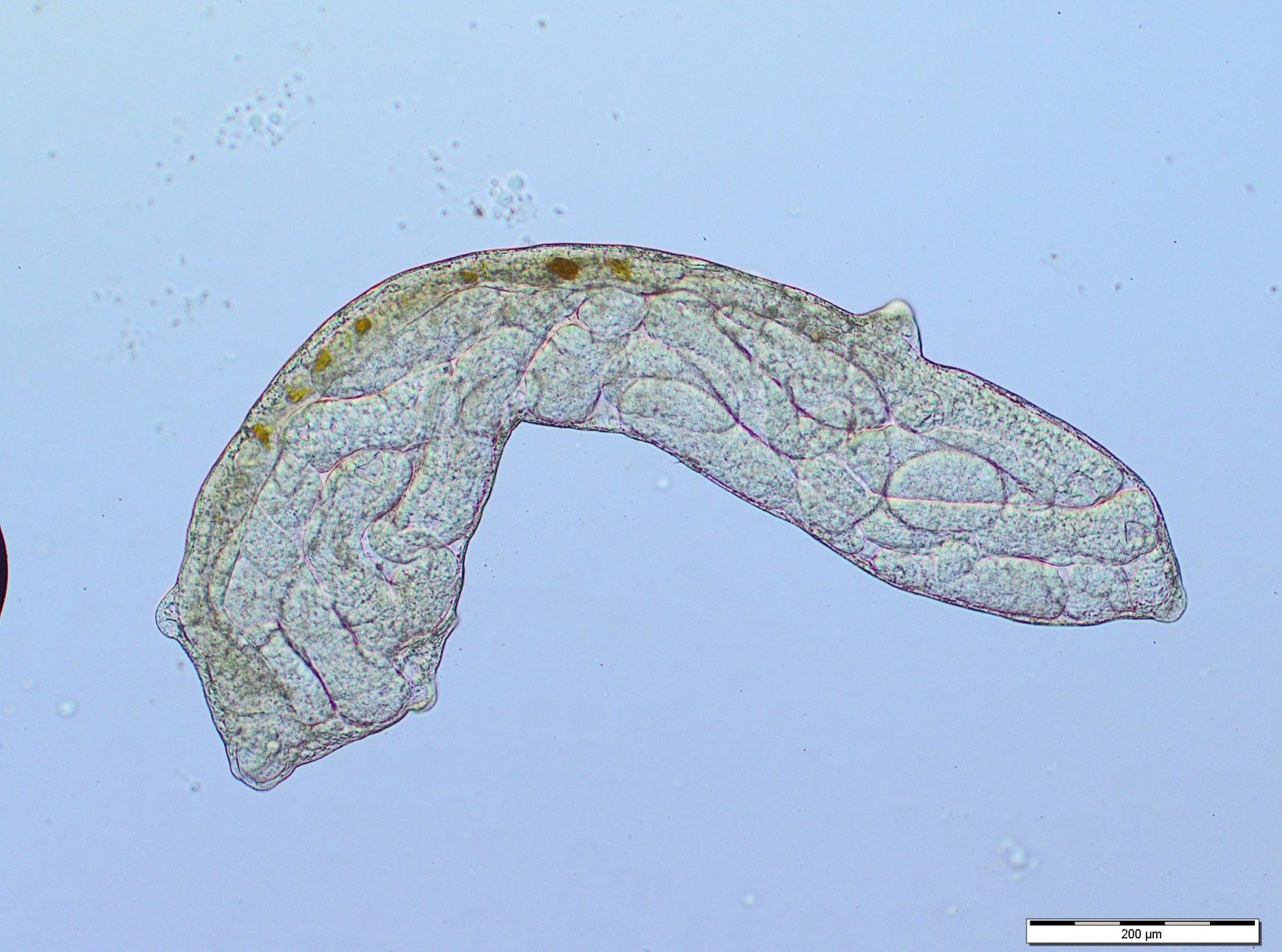 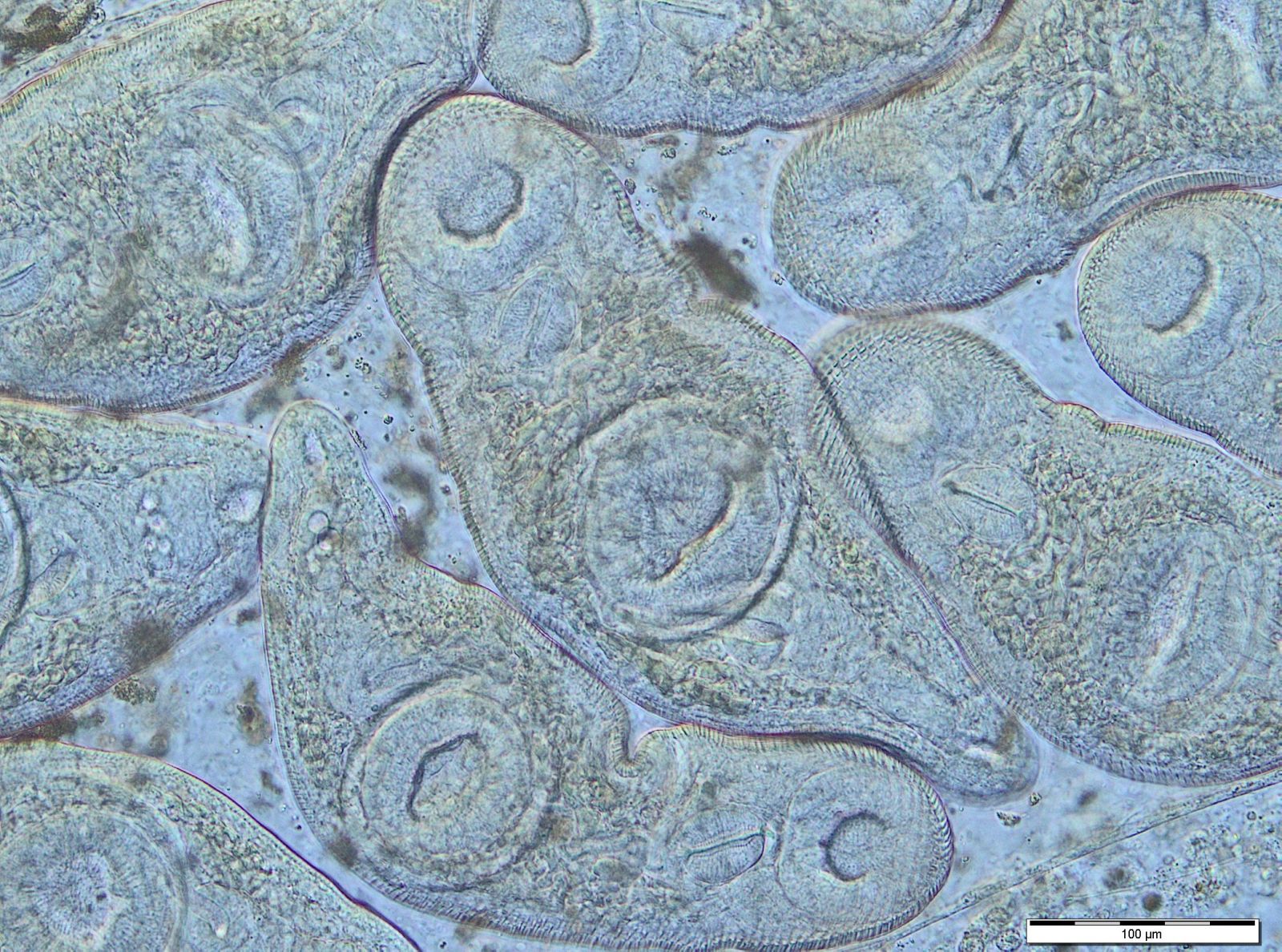 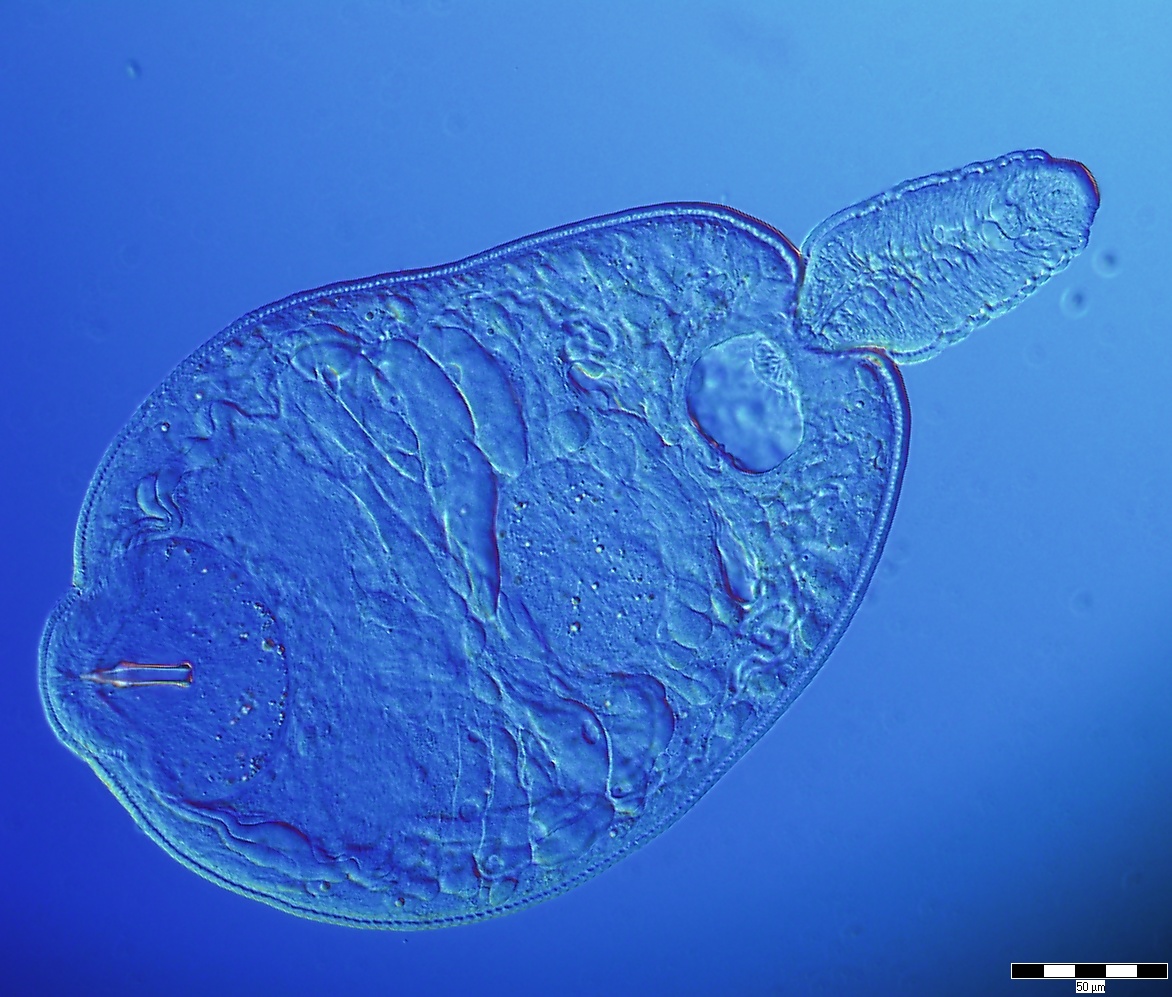 Parasitism is one of the most successful lifestyles of living organisms. Despite the majority of parasites being aquatic, at least during part of their life cycle, comprehensive molecular datasets for them are still scarce. AQUAPARA-OMICS aims to explore the uncharted biodiversity of greatly undersampled groups of aquatic parasites such as the Myxozoa and Dicyemida, and monitor selected human and fish pathogens, by eDNA metabarcoding. Production of new genomic and transcriptomic datasets of basal neodermates, parasitic cnidarians and dicyemids will allow us to unveil their parasitic origin, evolutionary history and characterize unique and shared genomic traits. AQUAPARA-OMICS further aims to explore key genes and molecular mechanisms involved in parasite development, replication, survival strategies and host immune responses. This includes basic research related to the functional characterisation of candidate molecules for future studies on new therapies and vaccine developments, which are urgently required for emerging aquatic pathogens.

Unraveling the diversity of parasites of cypriniform fishes in North America: a key to understand evolutionary processes.

The principal scientific goal of the project is to investigate the unknown diversity of two model groups of helminth parasites of cypriniform fishes (Cyprinidae and Catostomidae) in North America using (i) ectoparasitic monogeneans of the genus Dactylogyrus with direct life cycle and high host specificity, and (ii) endoparasitic flatworms (tapeworms of the order Caryophyllidea) with complex life cycle and lower degree of host specificity. For both parasite groups, their origin, host-parasite coevolution and historical biogeography will be studied. Another important goal is to contribute to career development of young Czech researchers and formation of a new generation of fish parasitologists in North America.

Trematodes in sub-Arctic lake food webs: development of quantitative diversity baselines and a framework for community ecology research in the Arctic.

The project is focused on increased resolution in assessments of host-parasite interactions in sub-Arctic freshwater ecosystems by an integrated framework for the discovery of trematode diversity. We aim to provide the first contemporary quantitative baselines for abundance and community structure in model host-parasite systems and to validate an ecological framework for future comparative studies in lake ecosystems of the sub-Arctic. A principal goal is to provide comprehensive baselines for trematode diversity and abundance in key fish and snail species in three model lake ecosystems in Iceland. Having established the genetic species diversity, we shall identify the composition and structure of parasite communities in the model lake ecosystems addressing key issues related to (i) parasite-parasite interactions in local food webs; (ii) host-parasite associations and recognition of host-parasite interaction networks; and (iii) development of quantitative baselines and assessment of the predictability of parasite populations and communities over different temporal and spatial scales.

Trematode cercariae (Digenea), essential components of aquatic food webs, can be released in thousands from molluscan hosts every day and generate a substantial biomass within ecosystems. The ecological role of cercariae and especially the strength of trophic interactions between cercariae and ambient communities remain to be tested in yet unexplored subarctic freshwater habitats. This project aims to fill this knowledge gap by addressing the biomass contribution of cercariae to energy flow in food webs. The novelty lies in linking experimental field and laboratory studies of a subarctic lake with a food-web approach to estimate cercarial production, biomass and survival of model trematode species in combination with the effects of predation by invertebrates and fish on cercarial populations. Identifying interactive effects of abiotic (i.e. temperature and light) and biotic factors in subarctic areas under unique climatic conditions allow a better understanding of the trematodes’ ecological relevance in food webs and develop future modelling approaches in context of climate change.

Fish parasitology belongs among very a few areas of bio-ecological research in the Czech Republic that actually play a leading role at the international level and have the highest international reputation. The proposed project to establish the European Centre of Ichthyoparasitology represents a follow-up of previous research, with several new innovations and main focus on complementarity, formation of young researchers and a more intensive mutual collaboration of all teams involved. The project is based on four moduls, each of them representing a different spectrum of methodological approaches to be applied in studies of seven basic groups of parasites (protists, myxozoans, monogeneans, endo helminths tapeworms, diplostomatid metacercariae and nematodes, and parasitic crustaceans) and their fish hosts. Multidisciplinarity and complementary of individual teams headed by a well balanced mixture of senior researchers renowned internationally, which will form the ECIP, is considered to be the strongest aspect of the proposed project.